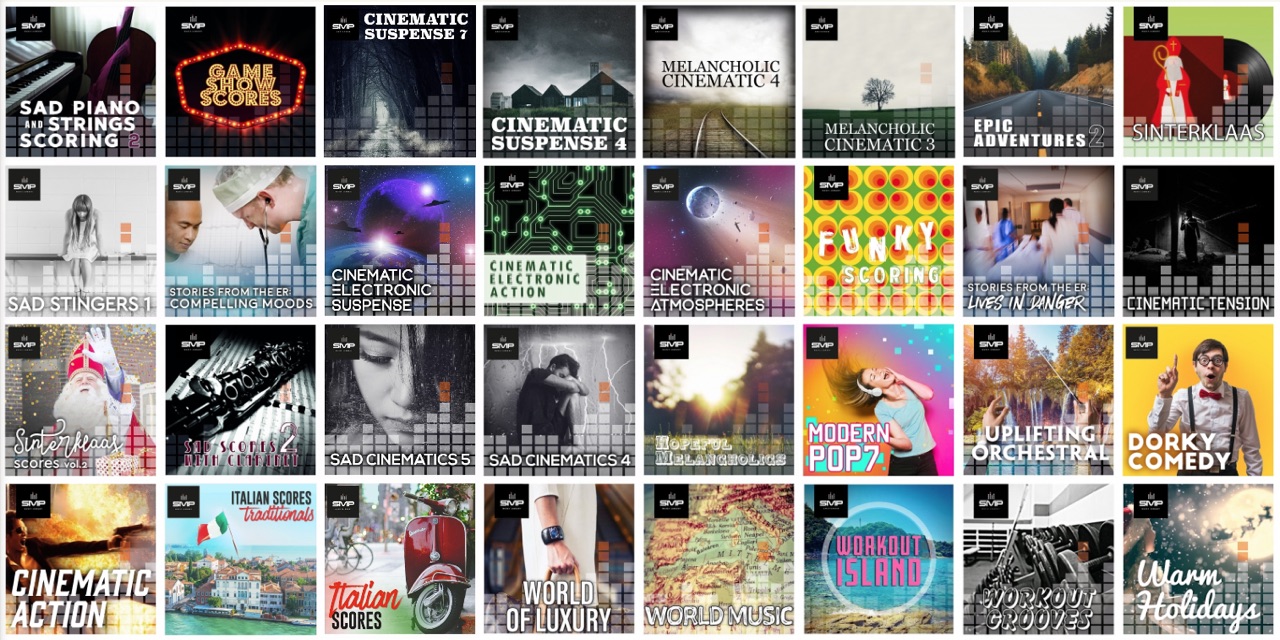 We are delighted to be the exclusive distributor in Belgium for the all new label SMP Production Music produced and composed by the superstar team behind the theme music for The Voice, Deal or No Deal, RTL Nieuws, and Splash. All SMP music is composed and produced in one of their 8 state-of-the-art recording studios and played by the best professional musicians and orchestras. SMP consists of audio specialists and producers who each have their own specialty and background. The team is led by renowned composer and producer Martijn Schimmer. Martijn has won several prizes, including an ASCAP Film & Television Award for the theme tune of ‘The Voice’ in the USA and Buma Awards for his musical achievements in the Netherlands. For composing and producing internationally acclaimed music for drama series, films, live events, commercials and professional video, Martijn can rely on a top team. Mario, a guitar virtuoso with Columbian roots, can spice up any EDM tune with traditional flamenco; Daniël – aka The Beard – can handle all scripted shows and series by composing per storyline thus helping create the story you want to tell; Bert, a classically trained pianist, strives to craft beautiful, memorable melodies; tunesmith Nick delivers his signature range of musical colours and orchestral flair to every project he commits to; Bram, their youngest team member just fresh out of HKU University of Art, is Mr Smooth: a voice as sweet as honey and acoustic tunes that are dripping with emotion.

SMP’s ethos is entirely artist and composer focused with A&R diversity at its core. The catalogue will expand regularly with new tracks perfect for signature tunes, TV, documentaries and advertising.

Explore SMP Amsterdam, the music library packed with high-quality music in every genre and for every mood. From orchestral to modern, from cheerful to gloomy: always exactly the right emotion.